It’s been an exciting few days for supporters of LGBT equality. Following last night’s Senate cloture vote on the Employment Non-Discrimination Act, today the Illinois House passed a bill allowing same-sex couples to marry, setting the stage for Illinois to become the 15th state in the nation with full marriage equality. One version of the bill has already been passed by the Illinois Senate, and Governor Pat Quinn has promised to sign it. When he does, thirty percent of our nation’s states will have marriage equality.

PFAW has been on the ground in Illinois, supporting the push for marriage equality in any way we can. In addition to providing lobbying training materials so Illinois voters could bring their support for equality directly to their elected officials through calls, emails, and in-person visits, PFAW members joined thousands of friends in the March on Springfield for Marriage Equality last month. 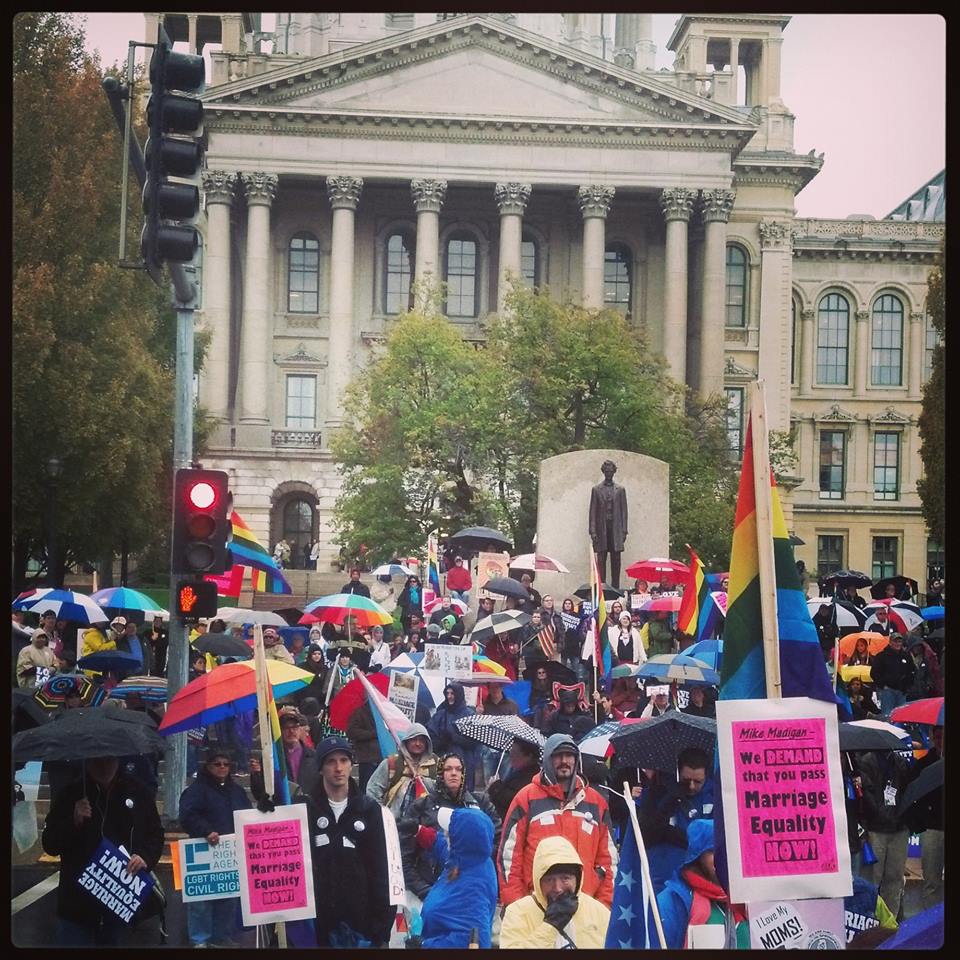 In what the CEO of Equality Illinois has called the “national march toward full recognition of the dignity of all gay and lesbian couples,” Illinois has brought us one state closer to full marriage equality nationwide.  And while 15 states represents real momentum, we won’t stop until every committed couple in the country has access to the legal protections they need to take care of each other and their families.